Rangel & Bachmann fired up over Obamacare 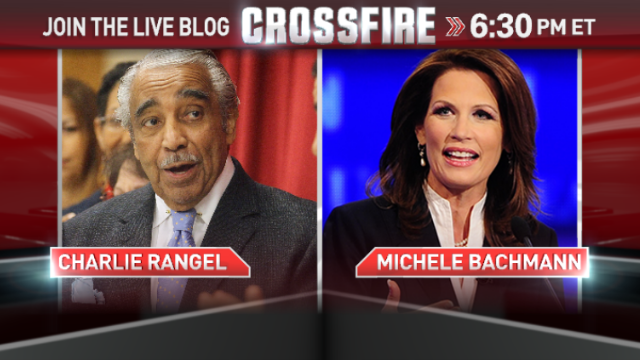 In the Crossfire: Reps. Michele Bachmann and Charles Rangel

A government shutdown is looming again. This time, Obamacare is in the center of the debate as House Republicans have declared they will pass a bill that would only allow the government to function if the controversial health care law is defunded.

"We're going to continue to do everything we can to repeal the president's failed health care law," said House Speaker John Boehner, R-Ohio. "The law is a train wreck."

Tonight, two House members, Rep. Michele Bachmann, who opposes Obamacare, and Rep. Charles Rangel, who supports the law, weigh in on the potential government shutdown. Is defunding Obamacare worth shutting down the government?

We want you to weigh in. If you were in Congress, would you vote to defund Obamacare?