Van Jones explains why he thinks the Supreme Court's decision to uphold Michigan's ban on affirmative action is harmful. 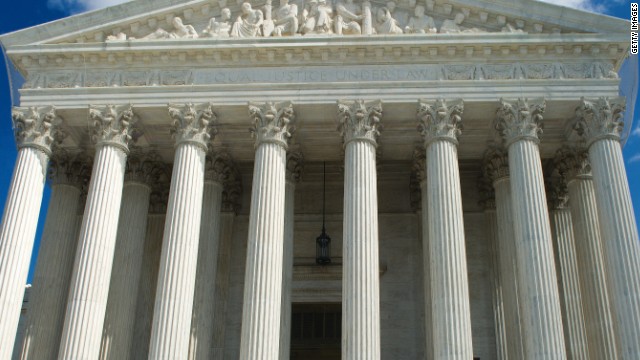 Washington (CNN) - The Supreme Court on Tuesday upheld a Michigan law banning the use of racial criteria in college admissions, a key decision in an unfolding legal and political battle nationally over affirmative action.

The justices found 6-2 that a lower court did not have the authority to set aside the measure approved in a 2006 referendum supported by 58% of voters.

It bars publicly funded colleges from granting "preferential treatment to any individual or group on the basis of race, sex, color, ethnicity or national origin."

"For members of historically marginalized groups, which rely on the federal courts to protect their constitutional rights, the decision can hardly bolster hope for a vision of democracy that preserves for all the right to participate meaningfully and equally in self-government," Sotomayor wrote.

But three justices in the majority, Chief Justice John Roberts, Anthony Kennedy and Samuel Alito. concluded that the lower court did not have the authority to set aside the law.

"This case is not about how the debate about racial preferences should be resolved. It is about who may resolve it," Kennedy wrote.

We want you to weigh in: The Supreme Court upheld Michigan’s ban on affirmative action for college admissions; do you agree or disagree?

Vote by tweeting Agree or Disagree using #Crossfire or by commenting on our Facebook post. View results below or through our Poptip results page.