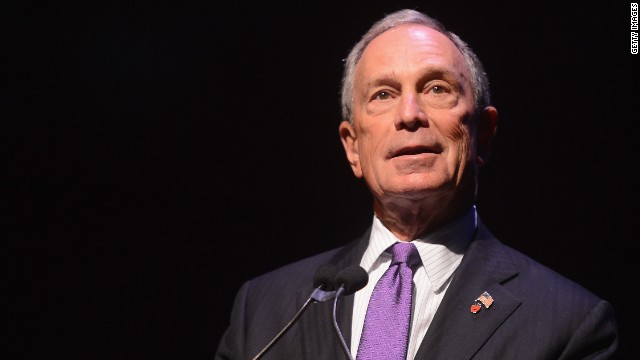 Can Michael Bloomberg defeat the NRA?

(CNN) - Michael Bloomberg is investing a chunk of his personal fortune to minimize the influence of the National Rifle Association.

The former New York City mayor pledged $50 million to his new group Everytown for Gun Safety, an umbrella organization for his two other gun control groups: Mayors Against Illegal Guns and Moms Demand Action for Gun Sense in America. It aims to make the political climate more supportive of gun control.

The new organization plans to compete against the NRA by adopting its playbook. The NRA has built an impressive and effective organization that touts millions of members, a robust lobbying organization and a massive campaign arm.

"You've got to work at it piece by piece," Bloomberg told the The New York Times.

In its grass-roots operation, Everytown plans to increase its membership from 1.5 million to 2.5 million this year to implement its education and mobilization efforts. The group will focus on 15 states that have liberal gun laws, including Texas, Montana and Indiana. States that have advanced gun control initiatives will also receive attention, including Colorado and Washington.

"The NRA should be afraid," said Shannon Watts, founder of Moms Demand Action. Women, and more particularly mothers, will be the key demographic in the outreach to curb gun violence.

"Moms are afraid that our children will be taken away. In the end, that's the emotion that's going to win." FULL STORY

We want you to weigh in: Can Michael Bloomberg and his millions defeat the NRA?