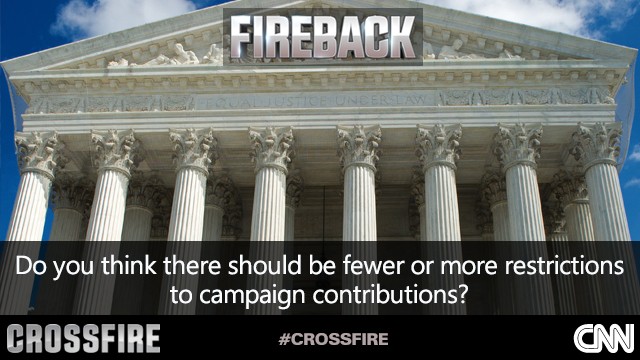 (CNN) - If you're rich and want to give money to a lot of political campaigns, the Supreme Court ruled Wednesday that you can.

The 5-4 ruling eliminated limits on much money people can donate in total in one election season.

However, the decision left intact the current $5,200 limit on how much an individual can give to any single candidate during a two-year election cycle. Until now, an individual donor could give up to $123,200 per cycle. FULL STORY

We want you to weigh in on today's Fireback question: Do you think there should be fewer or more restrictions to campaign contributions? Reply Fewer/More using #Crossfire