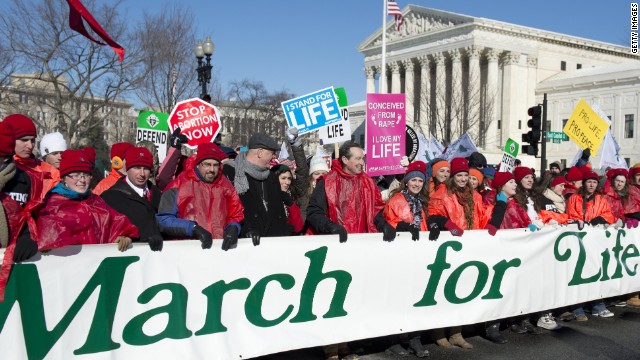 In the Crossfire: Abortion

Tonight on Crossfire; one of the nation's most controversial topics with no room to compromise: abortion. Today in Washington, there were thousands of people lined up to protest abortion at the March of Life. Is our country changing its views on the topic? Should it be?

We want you to weigh in on tonight’s Fireback question: Does a candidate's position on abortion impact your vote?