Phillips: Republicans will be held accountable for this deal

Tonight on Crossfire: Tim Phillips, President of Americans for Prosperity, said his organization has spent roughly 15 million dollars holding Democrats accountable for Obamacare and he plans to hold Republicans just as accountable for this budget deal.

Do you agree with him? Or were you siding with Democratic strategist Paul Begala during the debate?

WATCH: Is entitlement reform going to cause a riff in the Democratic party? 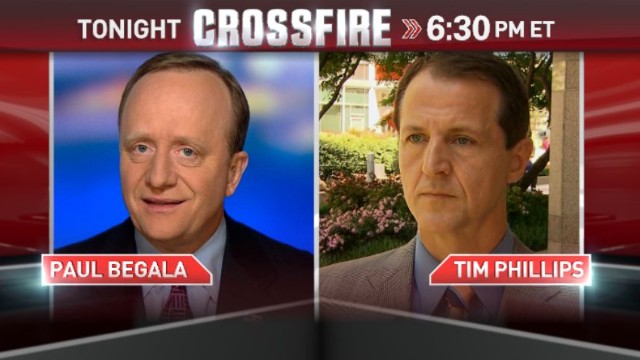 Washington (CNN) - Ever present but rarely so public, the rift between the tea party wing and less radical establishment Republicans over policy and tactics was on full display Thursday ahead of a House vote on the compromise federal budget worked out with Democrats.

Boehner told reporters on Thursday the deal was "not everything we wanted, but it advances conservative policy and moves us in the right direction." FULL STORY.

In the Crossfire, we have Democratic strategist Paul Begala and president of Americans for Prosperity Tim Phillips hosted by Stephanie Cutter and S.E. Cupp.

We want you to weigh in: Does the budget deal represent a new era of bipartisanship in Washington?