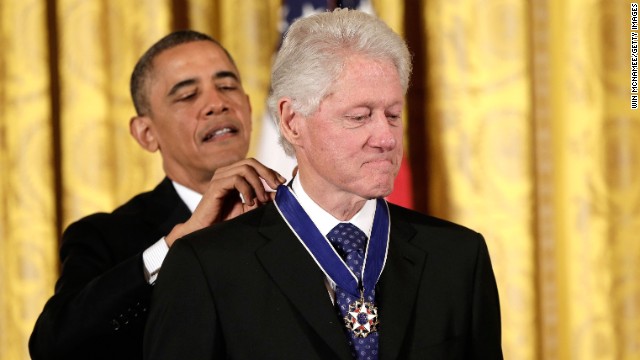 In the Crossfire: Obama's legacy

Today, a tribute to a President whose killing affected a generation. Later, the Medal of Freedom awarded to another. Is there a chance to learn from legacies past? Or has Washington changed too dramatically since the Kennedy and Clinton presidencies?

We want you to weigh in. Which President will history view more favorably?