Jesse Ventura for president in 2016?

(CNN) – He rode a wave of voter anger to a surprise win in a Minnesota governor's race more than a decade ago. Now Jesse Ventura says he could try it again, this time for president.

On CNN's "Crossfire" Friday night, the always-outspoken Ventura declared himself "a member of no parties" as he called for the abolishment of political parties. Asked if he would run for president in 2016, Ventura quickly said, "Maybe." 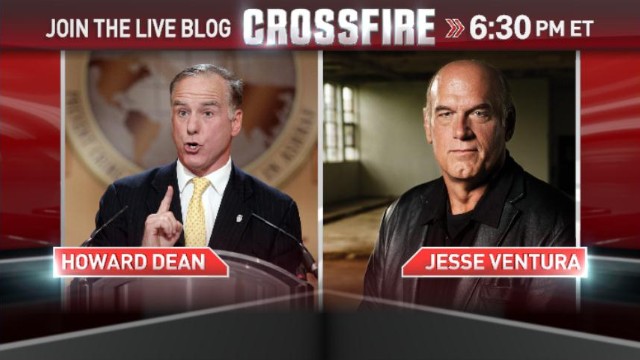 In the Crossfire: Ventura & Dean

We want you to weigh in. Do you think Americans should have to pay taxes during a government shutdown? Respond below or by replying to our tweet or commenting on our Facebook post.

John Boehner vs. Nancy Pelosi, who was a better leader?