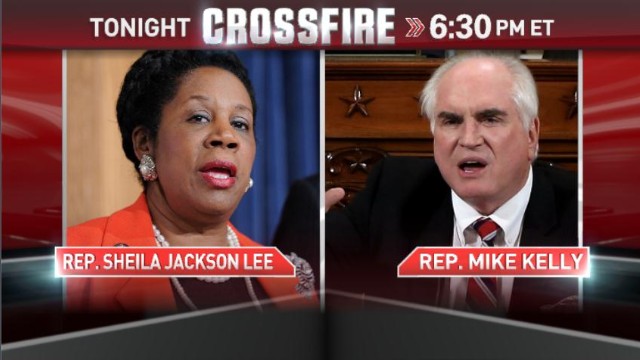 Vote: Should Obama cancel his Asia trip due to the shutdown?

It's day three of the government shutdown and two members of Congress, Rep. Sheila Jackson Lee and Rep. Mike Kelly join hosts Stephanie Cutter and Newt Gingrich in the Crossfire.

Jackson Lee, a Democrat, wants the government reopened with no strings attached, while Republican Mike Kelly wants the president to negotiate.

Join the debate by voting on today's question: Should President Obama cancel his entire Asia trip due to the government shutdown? You can also tweet your response using #Crossfire.