U.S. Reps. Steve Israel (D-NY) and Marsha Blackburn (R-TN) joined hosts Stephanie Cutter and Newt Gingrich in the Crossfire to talk about President Obama's response on Syria and whether or not to trust the Russian plan for Syria to hand over its chemical arsenal to international control.

Rep. Blackburn said President Obama "wavers between having a military and a political solution" for Syria, while Rep. Israel countered that "we've got to keep all the options on the table."

Stephanie Cutter and Newt Gingrich agree that a peace plan in Syria would be great, and they give White House Press Secretary Jay Carney an open invitation to come on the show. 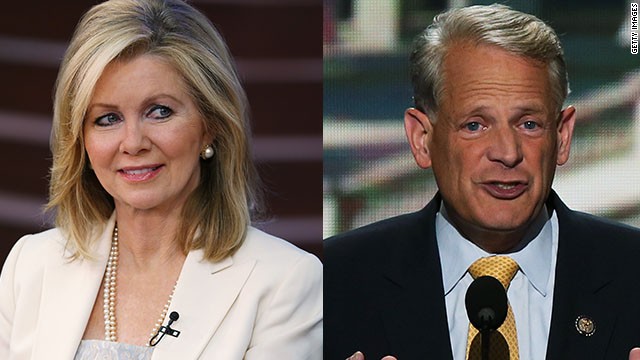 We want you to weigh in: Should Congress force a deadline for Syria to turn over its chemical weapons? Vote below or tweet your response using #CrossfireReturns. You can also vote by commenting on our Facebook post.
END_OF_DOCUMENT_TOKEN_TO_BE_REPLACED