On Tuesday, September 10, hosts Van Jones and S.E. Cupp sat down with former U.S. Senators Rick Santorum and Joe Lieberman to discuss U.S. involvement in Syria and whether or not to trust Russia's plan to have Syria hand over its chemical weapons to international control.

Santorum says that the U.S. has "no national security interest" and "no moral obligation" to constitute a strike in Syria. Lieberman argued that a military strike Syrian President Bashar al-Assad is scared and a strike would hurt him.

Should Americans trust the UN in Syria?
Crossfire host S.E. Cupp questions whether Americans should trust the UN to oversee the Russian plan in Syria.

Read the live blog at crossfirelive.cnn.com and see the results of the viewer vote.

Wrapping up a heated debate, Crossfire hosts Van Jones and S.E. Cupp discuss what they can agree on. 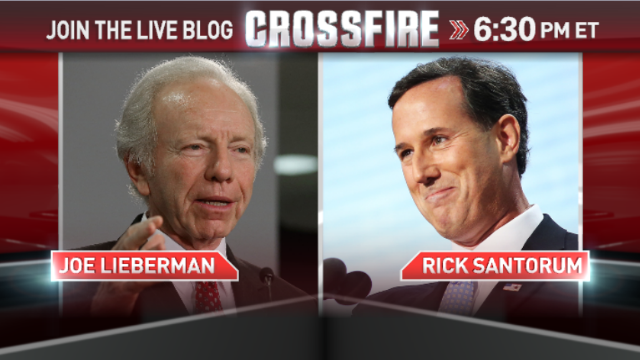 Tune to CNN at 6:30pm ET for the debate and jump into the conversation on our live blog using your desktop or mobile device.
END_OF_DOCUMENT_TOKEN_TO_BE_REPLACED 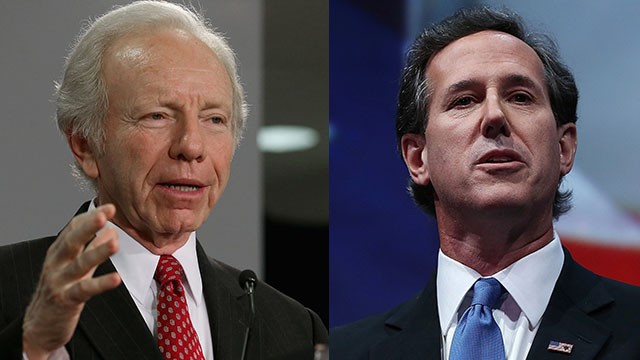 You can watch the results in real-time below or on our Poptip results page.
END_OF_DOCUMENT_TOKEN_TO_BE_REPLACED