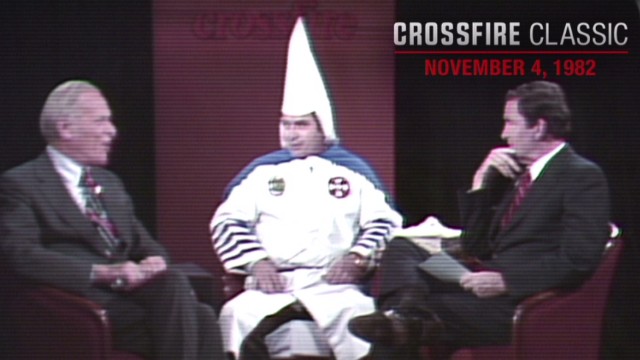 CNN’s Crossfire never has – and never will - shy away from controversy. Sooner or later, anyone who works on Crossfire hears about a 1982 episode where the guest’s views offended the hosts - and we warn you, those views are no less offensive or repugnant now, 31 years later. Stephanie Cutter shows us why.